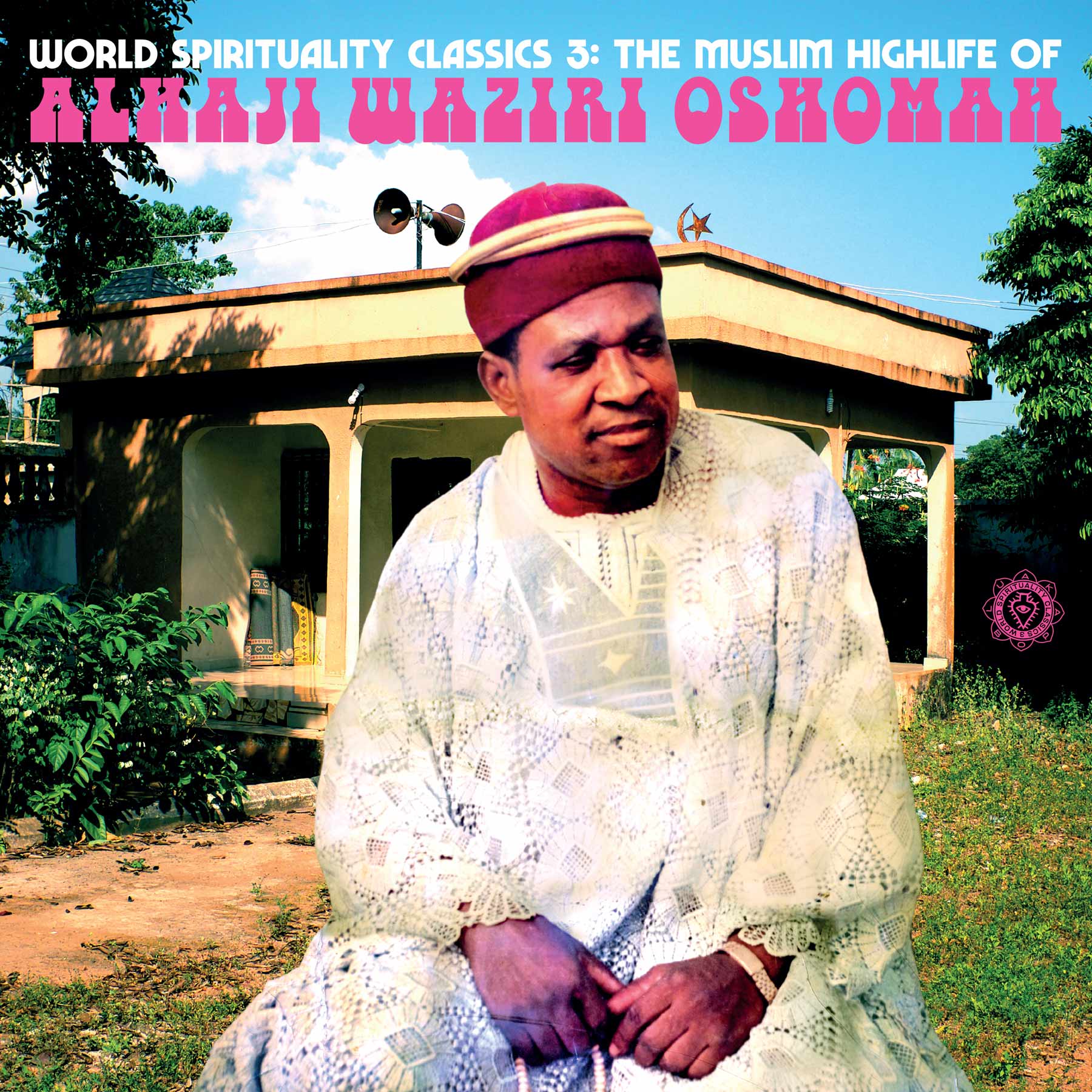 Alhaji Waziri Oshomah begins his sermon before a dancing crowd. His lyrics warn about the vice of jealousy—how it causes hypertension, and even kills—but the congregation is here to get down. We’re in a small part of Edo State in southern Nigeria called Afenmailand, which is known for being a harmonious region where Muslims and Christians live—and dance—together. The atmosphere is one of enjoyment, excitement, and pleasure, because to see Waziri perform is to be addressed, body and soul.

A devout Muslim and a pillar in his local community, Alhaji Waziri Oshomah makes a unique form of dance music that’s fused with local folk styles, pan-Nigerian highlife and Western pop, creating a singular sound that epitomises Afenmailand’s ethos of togetherness. His lyrics are reflective and philosophical—they draw on Judeo-Christian and traditional imagery to speak of piety and reverence, conveying Islamic values such as humility and modesty in a way that everybody, no matter their belief or religion, can understand.

The Muslim Highlife of Alhaji Waziri Oshomah is the third volume of Luaka Bop’s World Spirituality Classics series, originally initiated to offer some form of positivity. It follows the acclaimed releases of Alice Coltrane Turiyasangitananda’s ecstatic music, and private press gospel soul compilation The Time For Peace Is Now in spreading a global message of musical togetherness. Both were awarded Best New Reissue in Pitchfork, with the former described by the New York Times as “sacred.”

The release showcases seven songs of dance and devotion, sung in English, Etsako and other local languages, recorded between the mid-’70s and mid-’80s, spanning the years when Waziri first completed the Hajj. It features the glittering 17-minute pop of “Alhaji Yesufu Sado Managing Director,” and the blazing party-starter “Jealousy,” before culminating in “My Luck,” a song by his wife and musical collaborator Hassanah, whose Bollywood-inspired voice he says is the real secret of his success.

He’s the creator of a unique dance music that's fused with local folk styles, highlife, and Western pop, and imbued with Islamic values—and he’s the greatest entertainer in all of Edo State.


They call him the Etsako Super Star.


Despite drawing comparisons with the electronic sounds of William Onyeabor, the visceral afrobeat of Fela Kuti, and Ebo Taylor’s Ghanaian guitar-led highlife, Waziri’s is a world unto itself. It is a world where musical expression and Islamic culture moves hand-in-hand. Soul music in the truest sense of the word.

Born into a Muslim Afenmai/Etsako family in southern Nigeria, Waziri was entranced not only by the highlife sound emanating from Lagos, but by local Etsako groups, who favoured driving guitar lines over the flamboyant horn sections of the capital. When his parents disowned him for fear he had strayed too far from his faith, Waziri responded by infusing his music with the teachings of Islam.

In 1970, against a backdrop of the Nigerian Civil War, he cut loose and started his own band, pouring Western-influenced instrumentation, electronic flourishes, and soul phrasing into the deep well of the region’s indigenous folk styles. Without transport, the band would regularly walk miles to gigs carrying what equipment they had on their heads. But Waziri was undeterred. “When we played, we didn’t have professional amplifiers,” he recounted during a recent visit by Luaka Bop’s Eric Welles-Nyström and the writer Uchenna Ikonne. “We used a locally built amp that was powered by ordinary torchlight batteries.” Buoyed by a powerful sense of purpose, he never looked back.

In Waziri’s hometown, Auchi, this message continues to resonate. As Ikonne writes in the liner notes for the album: “The people of Auchi may worship in different houses, but they all come together on the dance floor. For in Auchi, as in most societies in sub-Saharan Africa, dancing is a form of communication, energy transmission and prayer. Beyond the churches, beyond the mosques, the dance floor is the holiest place.”


This is what unifies Waziri’s vibrant music and Luaka Bop’s Spirituality Classics Series, which illuminates the relationship between music and belief across distinct spiritual communities throughout the world. The scope of Waziri’s music goes beyond fixed notions of religion, instead sharing messages of healing and togetherness, reflecting our shared humanity.

Still performing regularly, and a hugely respected member of the community who has invested in mosques and schools in the area, Waziri’s social, spiritual highlife has the local culture at its core. The Great Daddy of Etsako, the Oyoyo King, the Godfather of Afemai music, he is the musical preacher who always puts his people first. The time has come for the world to join them in the dance. 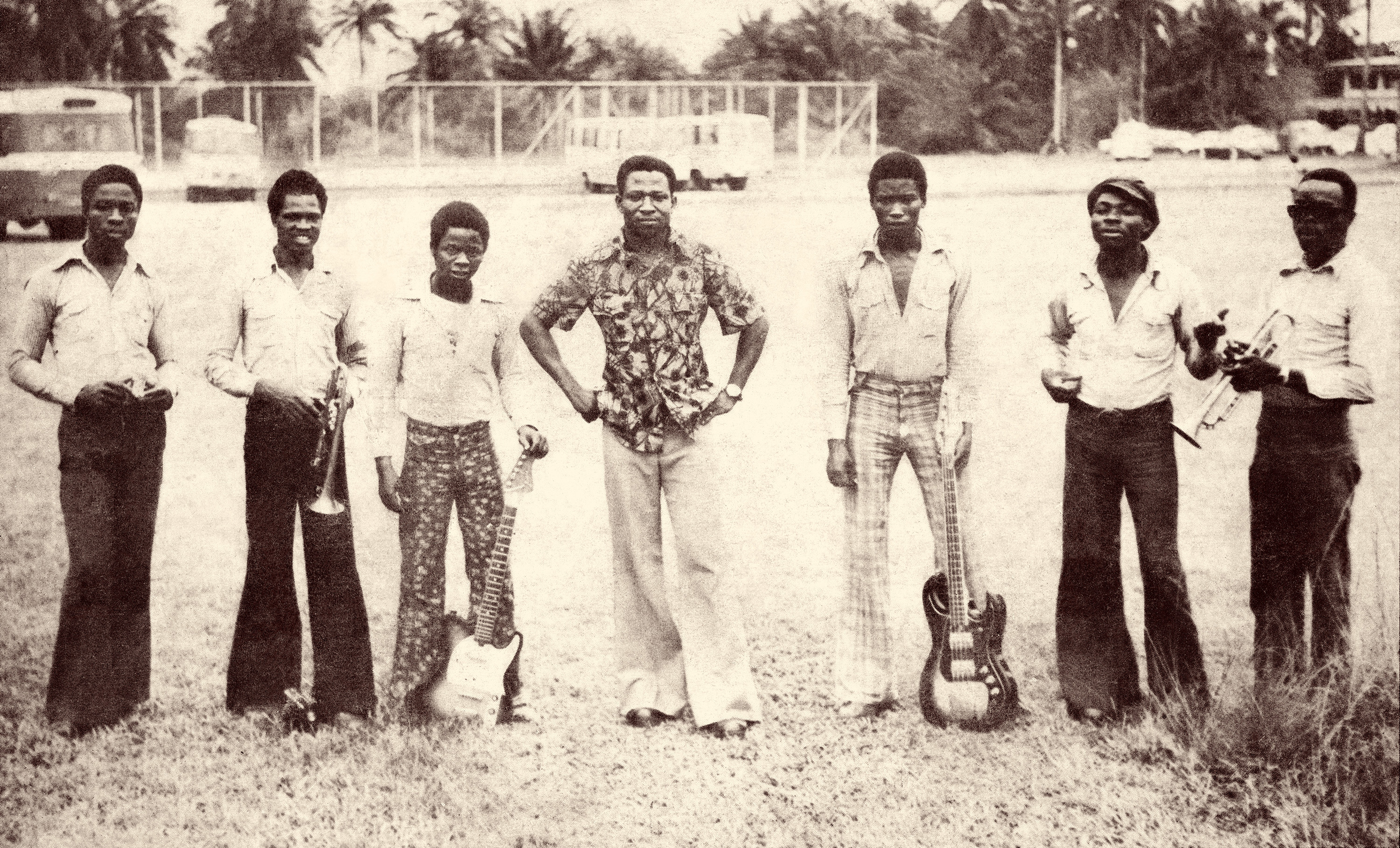 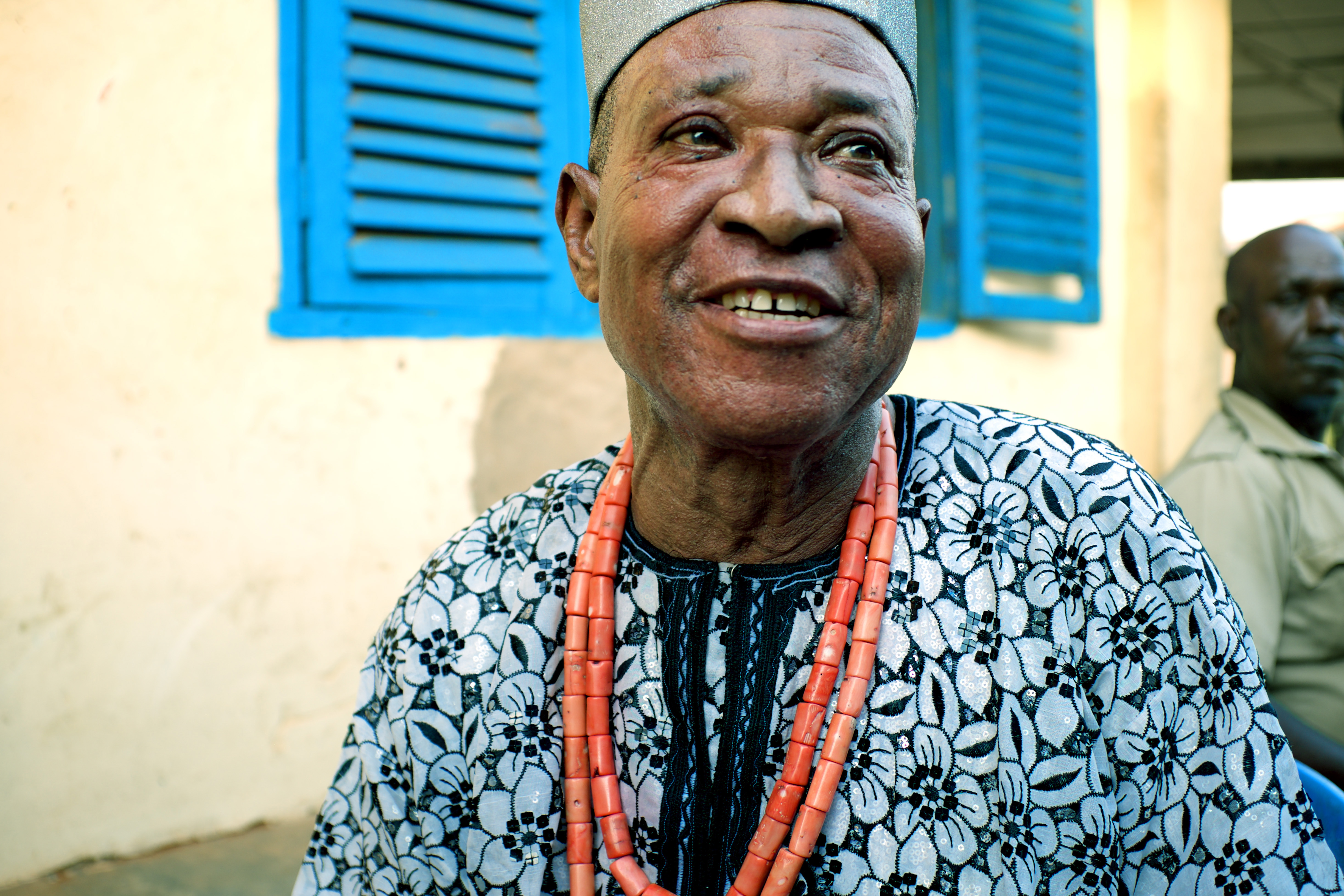